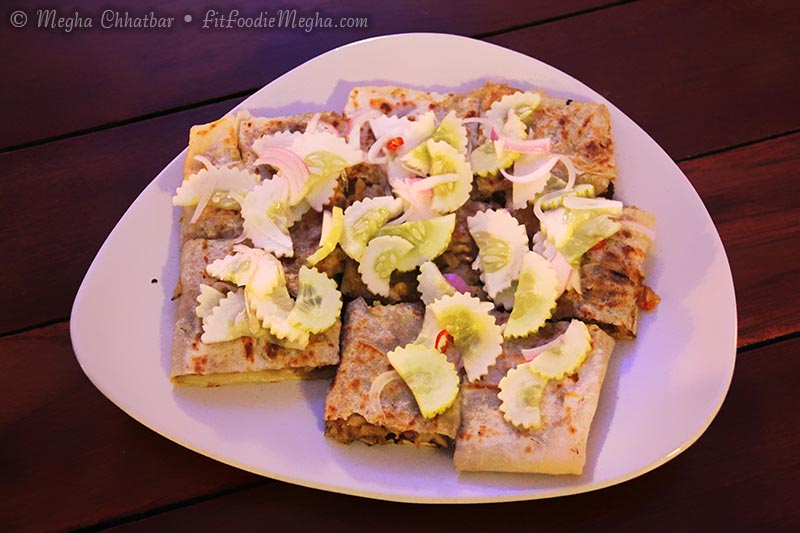 Food is the most versatile thing to connect with people, most enjoyable thing for any traveller in the world especially Asia and it great when the fun is doubled with the Asian Street Food on one hand along with the Ocean Treasures on the other at JW Marriott, Pune where the chef will take you on a guided gastronomic tour of the street food and Ocean Treasures. 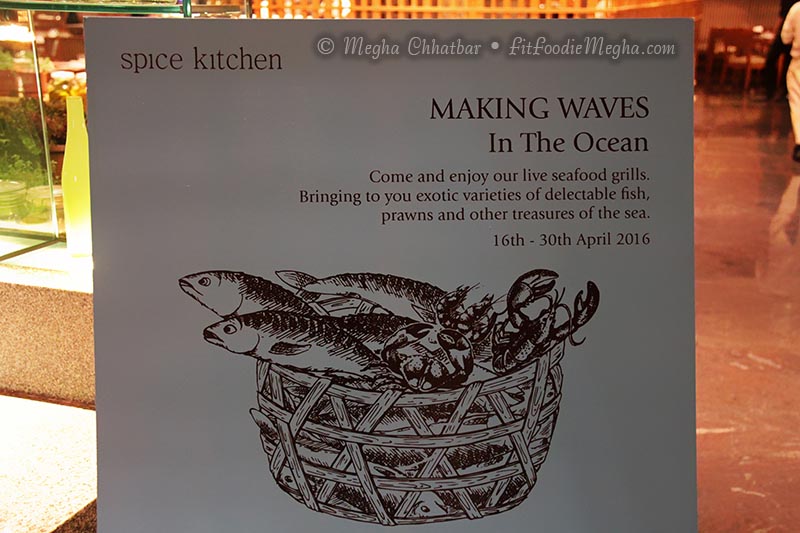 Who doesn't love street food and that too from Thailand, Malaysia, Singapore! Veg Street food like spring rolls, Satay, Chaat and Pancakes are on the list along with some regional signature beverages like Passionfruit and Chaas at Shakahari. 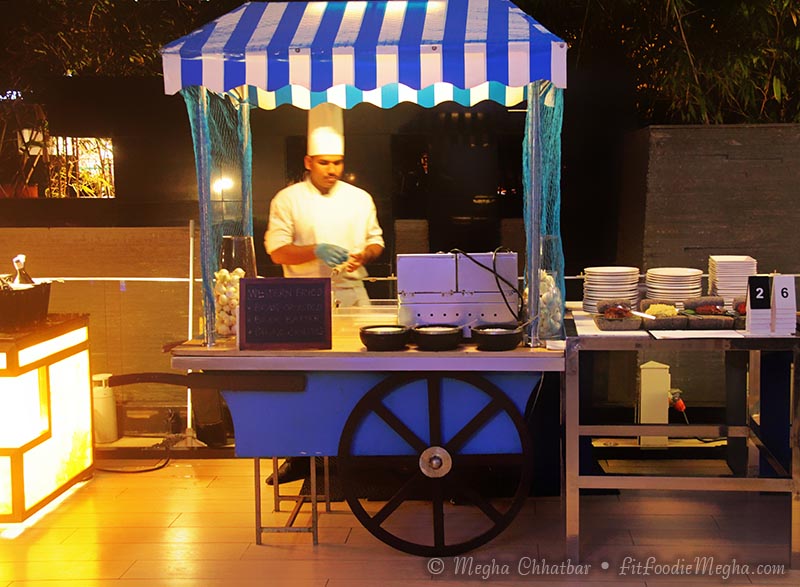 While Carts offering a wide array of sea food delicacies are placed in the extended dining area of Spice Kitchen. The whole ambience is lively and aromatic with live sea food counters."Few of the specialities are Kaffir lime and Lemongrass marinated steamed fish and Pandan leaf wrapped fish, Western Fried dishes like Bran crusted fish with Remoulade sauce and Machali Seekh Kebab, Kastoori Machali Tikka" says Chef Sidney. The Choice of food comes straight from the tandoor with a wide range of sauces and gravies to raise the temptation of Sea Food Lovers. 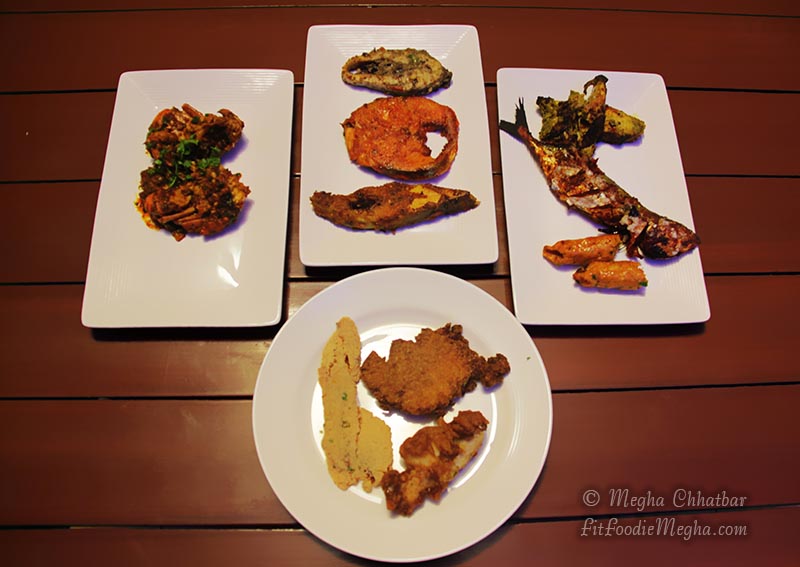 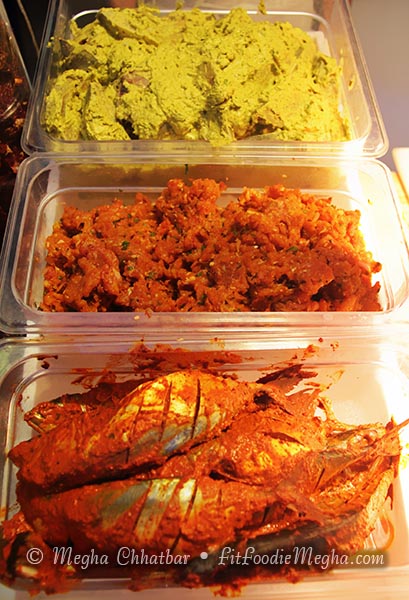 We, being vegetarians, tried our hands in Shakahari. There were few street food to try from Japan, Thailand, Malaysia and Singapore. 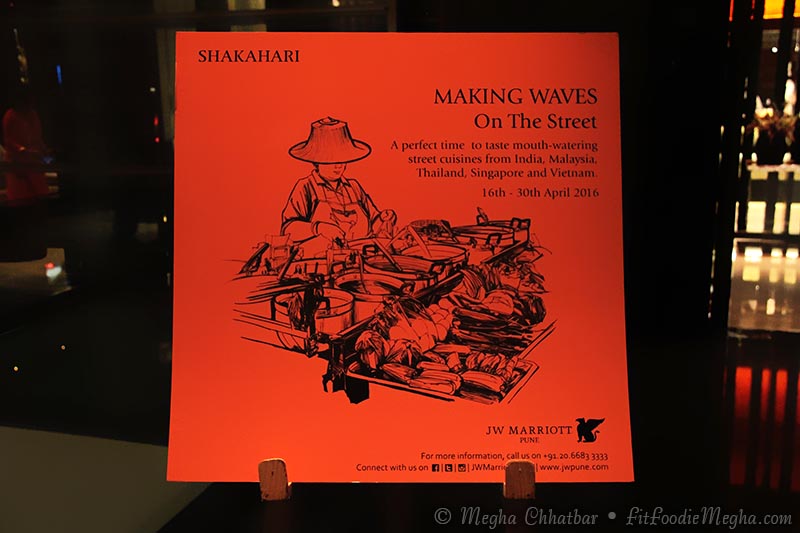 First we tried Kushikatsu or Kushiage, a Japanese street food which is a deep fried skewered veg or meat. Non Fried raw preparations are ready at the buffet counter, one can go and mention the choice and ta da! I personally liked Green Chilli and Mixed Veg ones the most. 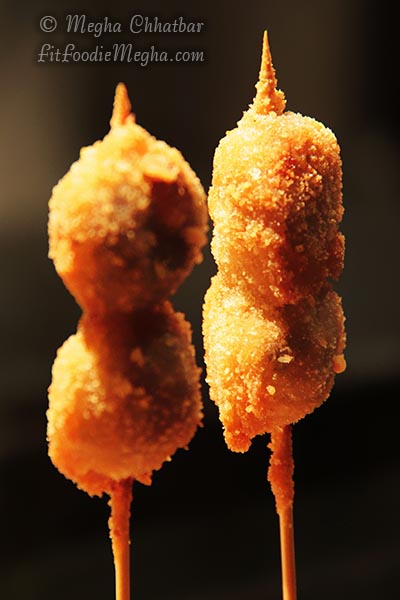 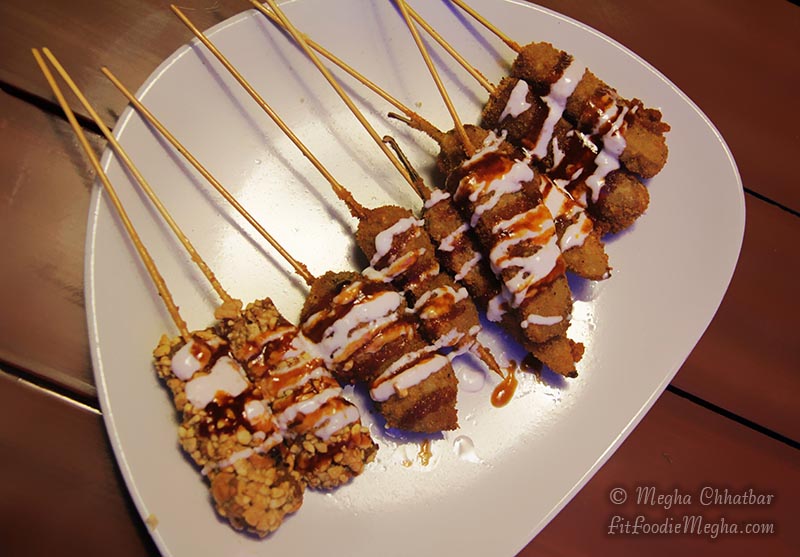 Murtaba or Martabak is a stuffed pan cake and fried street food of Malaysia, Thailand, Singapore to name a few. The veg stuffing in Murtaba was crumbled soya with veggies, spices and topped with pickled cucumber and onions. 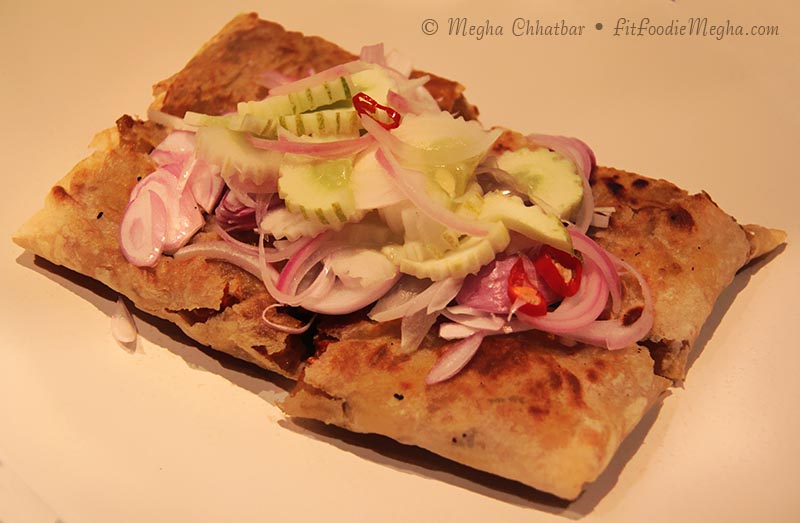 To accompany there were three types of summer cooler drinks— Rose, Passionfruit and regional favourite Chaas. They were highly refreshing. My vote goes to passionfruit and chaas. Next was Indian Chaat and to my surprise they had Bhelpuri and Papdi Chaat. Tasted super yum. 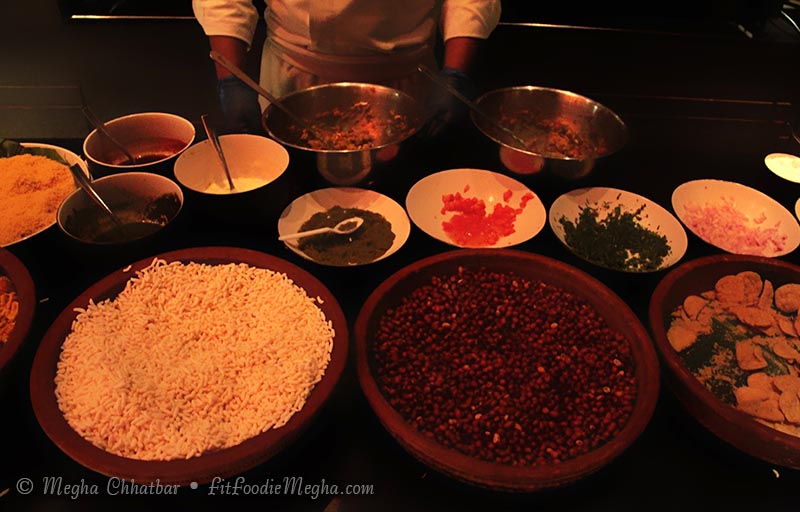 Hot Noodles and Pan Fried Rice were made hot and fresh on Evo grills. They had a separate counter and you could see the making of it. 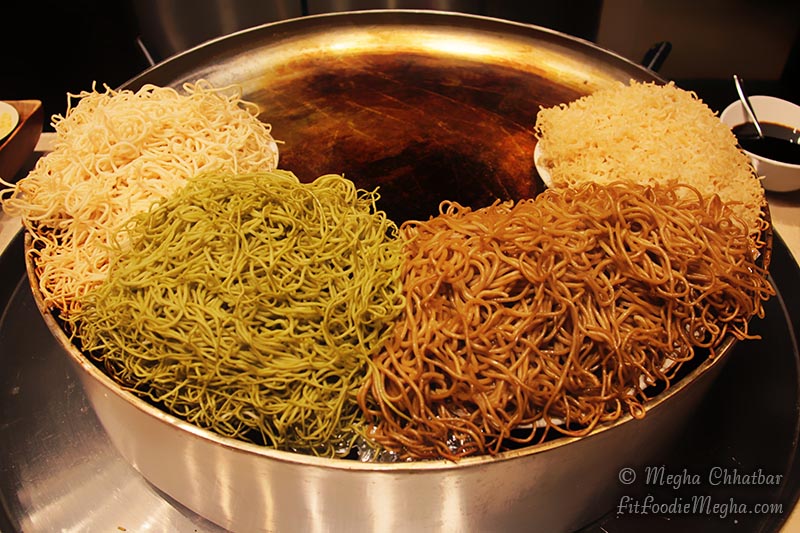 Other Evo grills had tikki and pan cakes. Pancakes had nice filling of soya, veggies and spices. 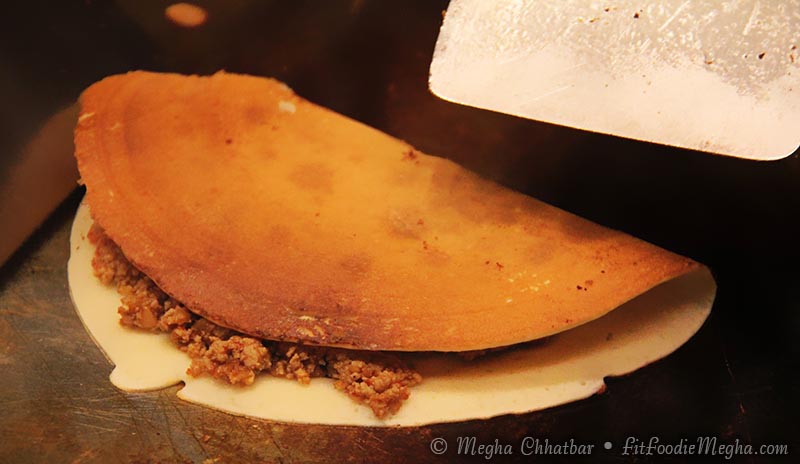 Coming on to desserts, nothing much related to the theme and the regular sweets including lip smacking assorted pastries, brownies, gulabjamuns, barfis, pannacotta, Deep fried banana with vanilla sauce, ice-cream etc. 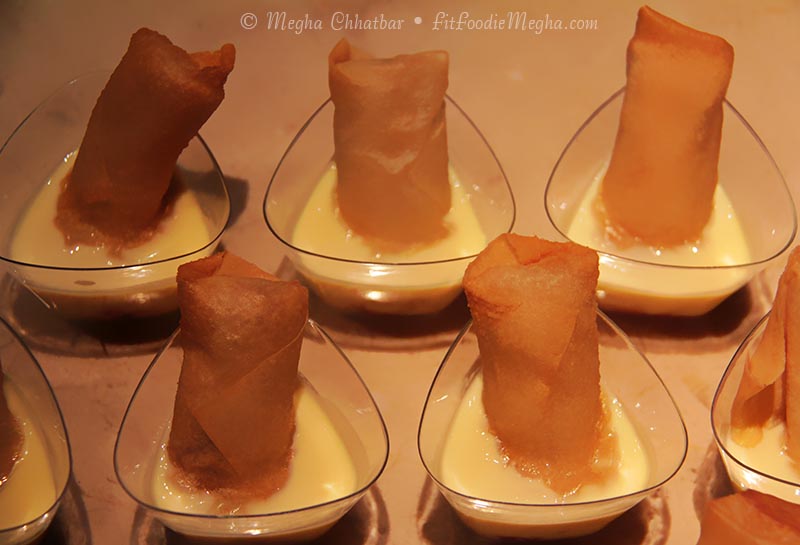 Totally enjoyed the evening and the best part is the festival will take you to the streets of asian regions and the surprises don’t end here. The Cheese lovers have a lot in store at the Cheese Festival at Alto Vino. The festival has an exclusive menu of Antipastis, Pastas and Souffles curated with Cheese as the main ingredient. Special Dutch cheese from Holland is the prime attraction of the festival.

Now, these sure are a lot of gastronomic delights to be devoured. Enjoy few more photos! 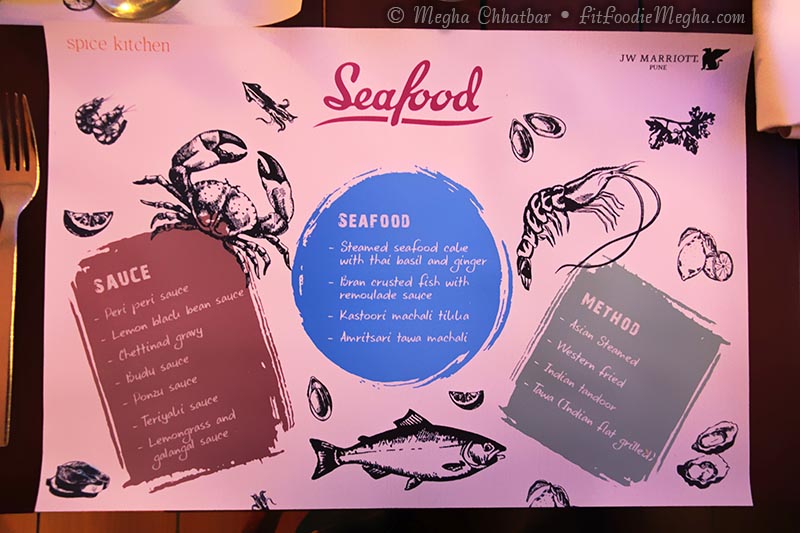 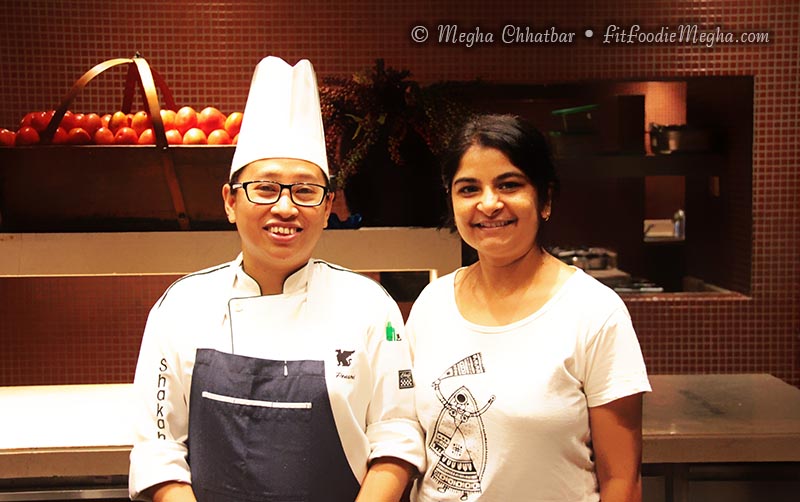 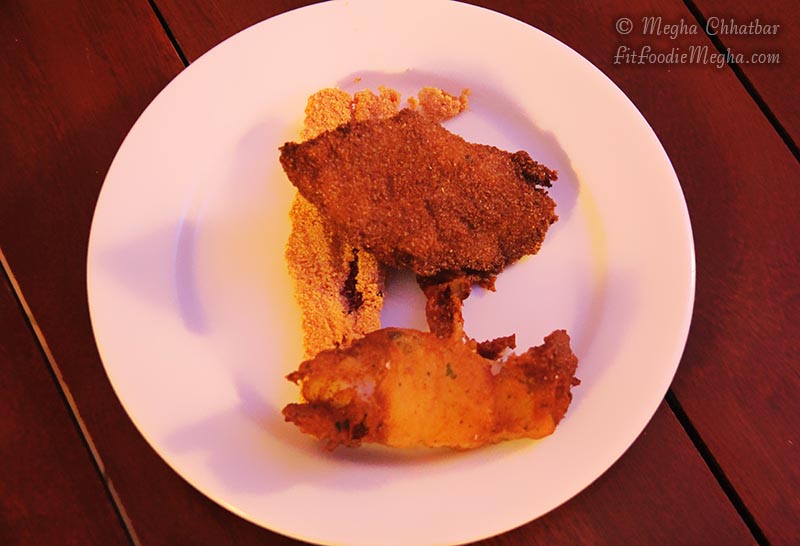 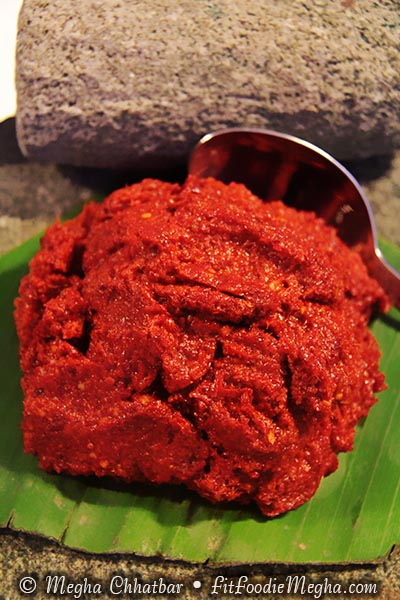 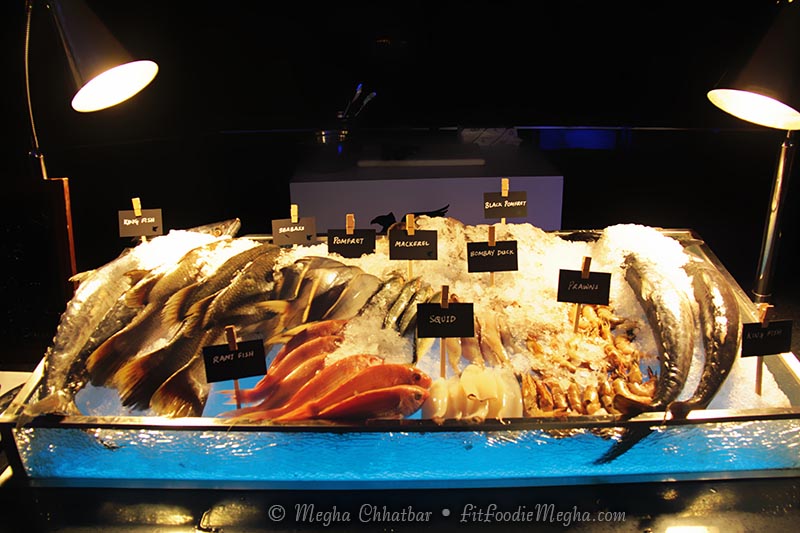 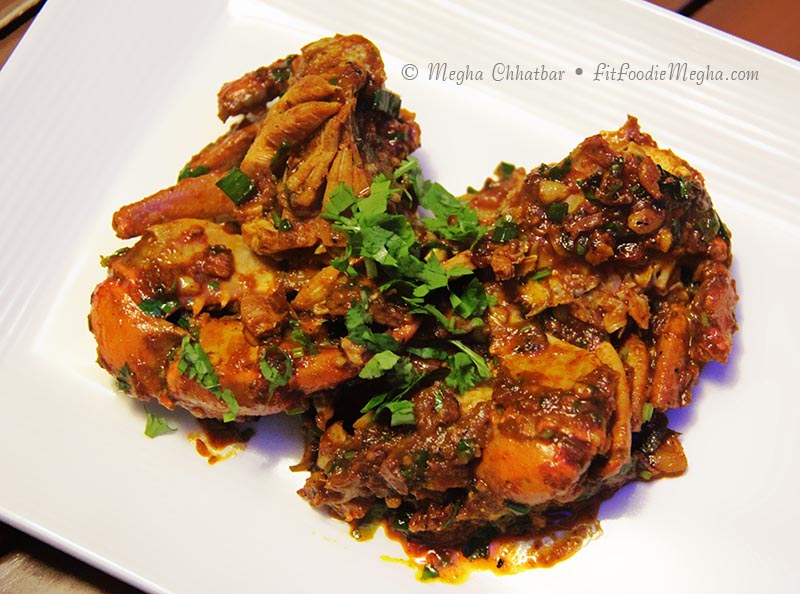 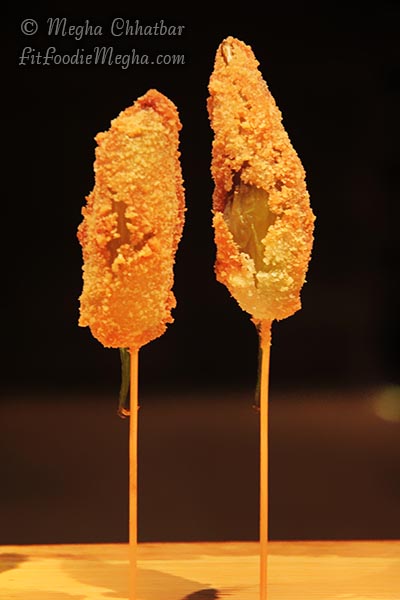 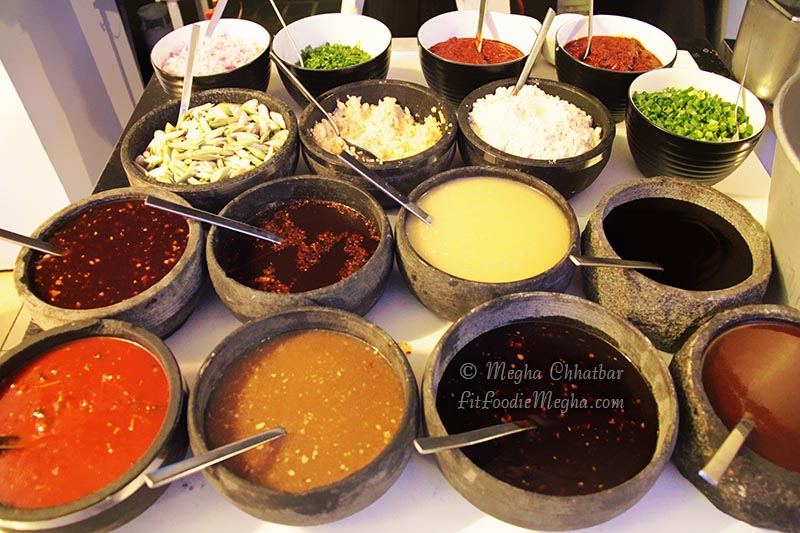 Who doesn't love cookies? I can have it with my favourite cuppa of coffee! My favourite type is Double Chocolate Chips Cookies and the Coconut ones. Not only they are super easy to make at home but also are super delicious. Any one can make and bake the coconut cookies. With the availability of selected ingredients, you can quickly bake these coconut cookies any time. Let's start with the recipe video. Scroll down to check the written recipe.... You may also want to see ... Bombay Sandwich Beetroot Cutlets Pav Bhaji Making Coconut cookies is very easy. You just need 5 ingredients and good to go. Let us start with the recipe.... Ingredients : 1/2 Cup Dessicated Coconut 1/2 Cup Sugar 1/2 Cup Ghee 1 Cup Maida 1/2 Tsp Baking Powder 1-2 Tbsp Milk, if required Method : In a large bowl, add ghee and sugar. Whisk well till the sugar is dissolved. After 10 minutes, you can see the color change. The mixture will be fluffier and yellowish. Add Maida, Baking powder and dessicated coconut.