Did you know? Vada Pav is the native to the Maharashtra State of India.

This vegetarian deep-fried snack is mostly eaten as breakfast or relished during tea-time. Vada Pav is a monsoon delicacy which is available at almost every eatery be it restaurant or stalls in Maharashtra. 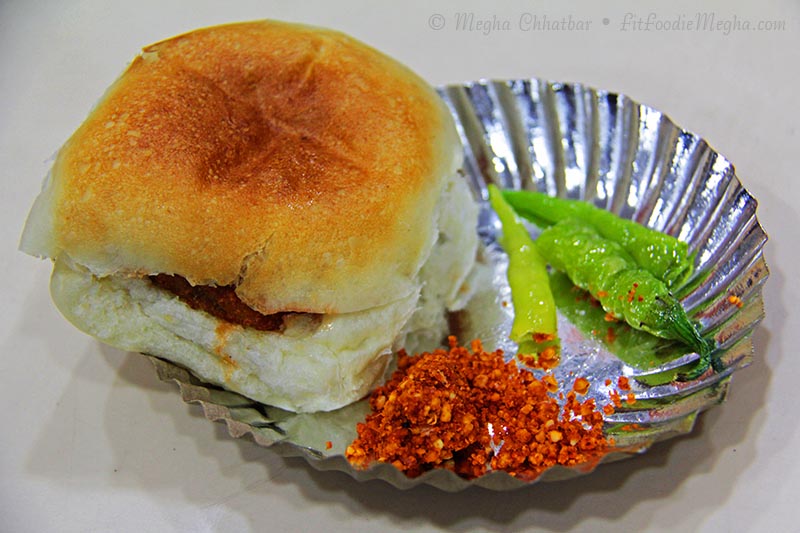 Vada Pav is basically Boiled Potatoes patty spiced with garlic, batter fried (Vada) served with local bread - Pao along with deep fried green chillies and groundnut chutneys. It is sort of a burger. Vada Pav is supposed to be the most affordable, delicious and filling street food. Mumbaikars (People living in Mumbai) start their day with a Vada pav and sometimes end too with it. Vada Pav is a go-to-meal for most people. Now, Vada Pav is easily available in major Indian cities.